Hello everyone! Tomorrow (friday) at Noon EST we have our third edition of BACKSTAGE with Sultans of String and super special guest Leen Hamo. Leen is a Toronto-based Syrian artist, musician, singer and violin player. She started her music education at the age of 10 at the “Arabic Musical Institute” in Aleppo-Syria, and her musical career began in 2011 as a vocalist with various local Arabic music bands in Syria, in different styles such as flamenco, classic and rock fusion.
Leen to Canada just a handful of years ago, after the war destroyed 60% of her city. Join us as we launch the song and video we recorded together for our upcoming Sanctuary album, talk about Syrian music, and her journey to Canada.

There are no actual tickets, simply surf to our Facebook page at noon to tune in to hear Padideh speak in her own words, perform live, and we will premiere another video! 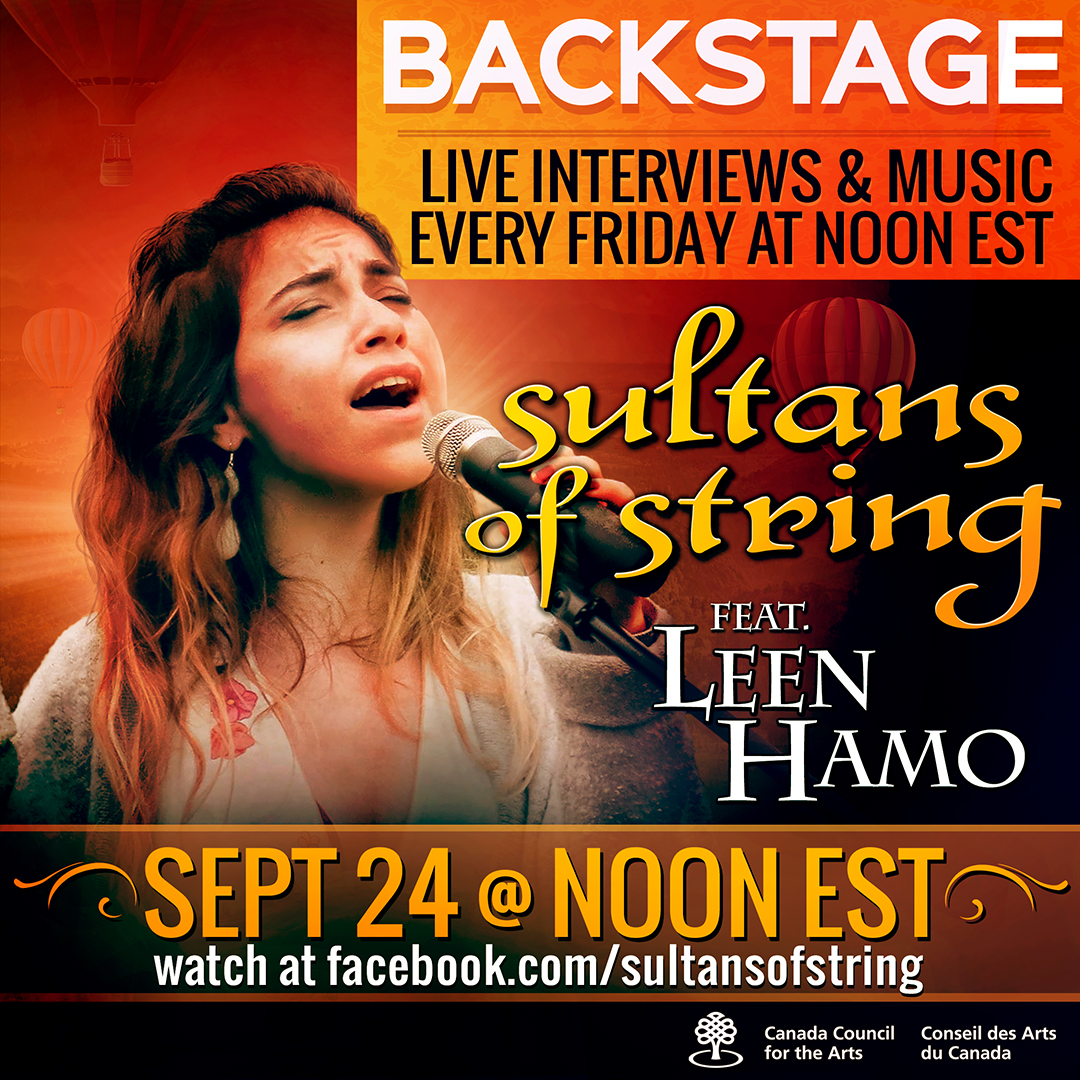 AND IN CASE YOU MISSED IT…

here are the last two episodes of backstage – uploaded to our YouTube channel. Simply click on the photo to launch! 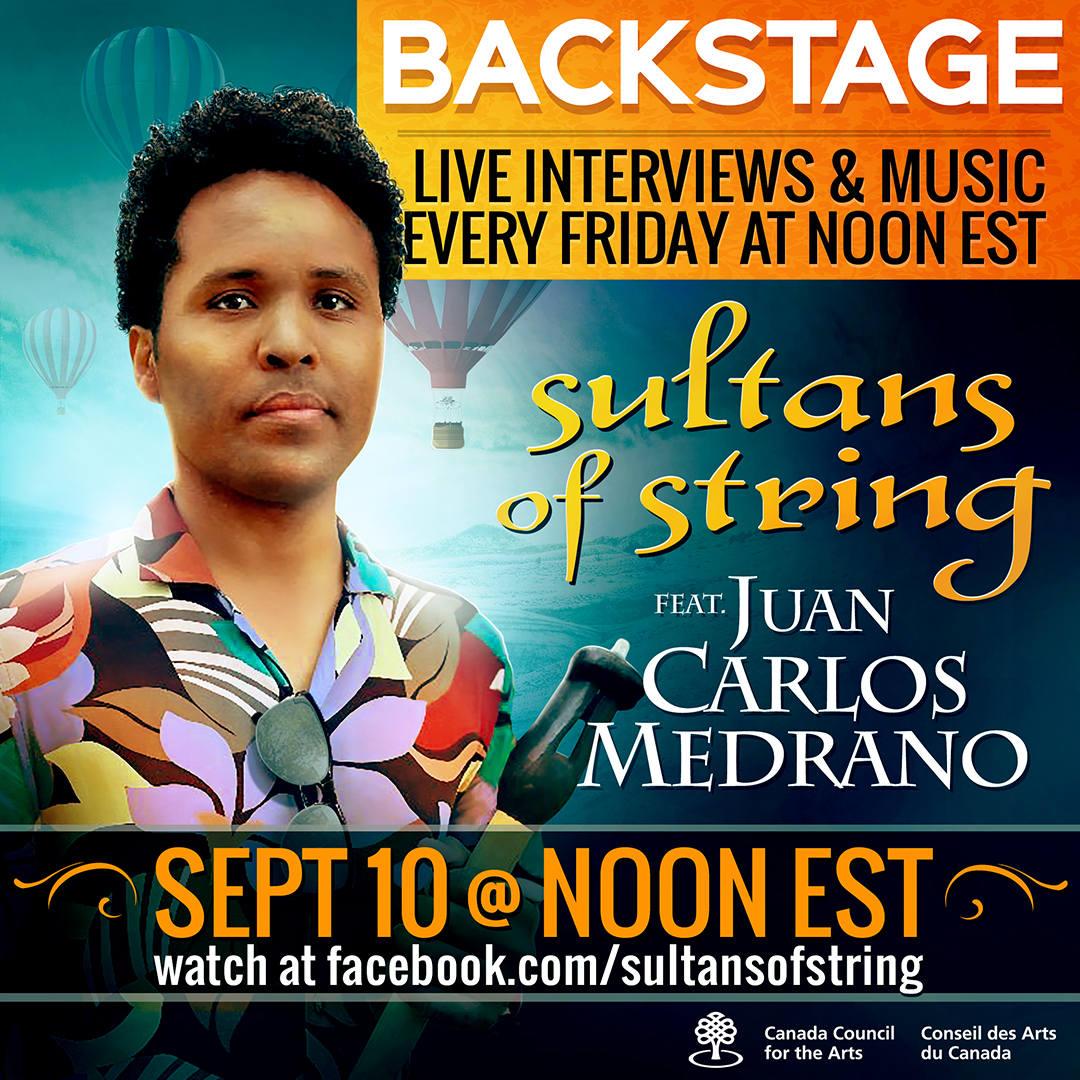 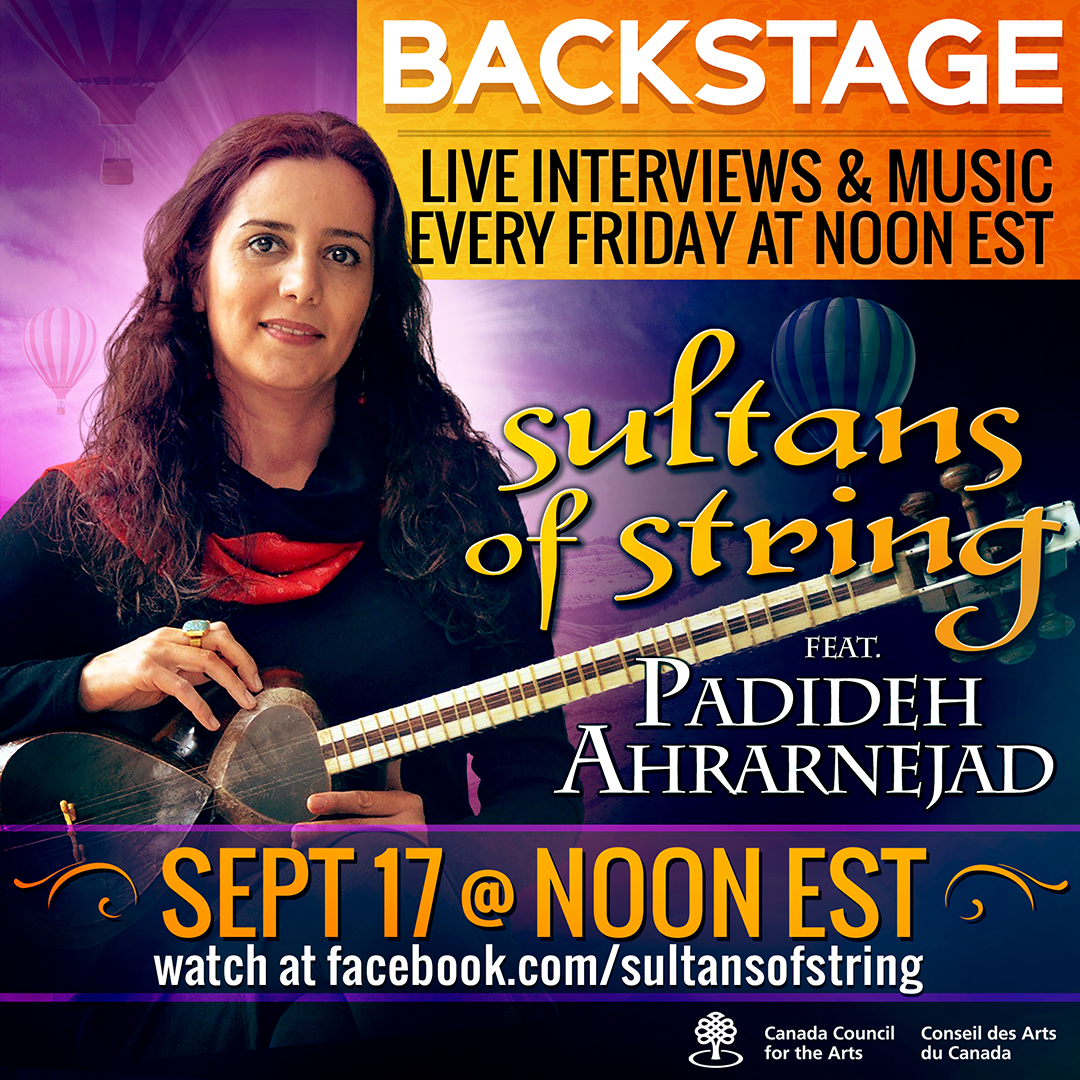 AND OUR UPCOMING CONCERTS! 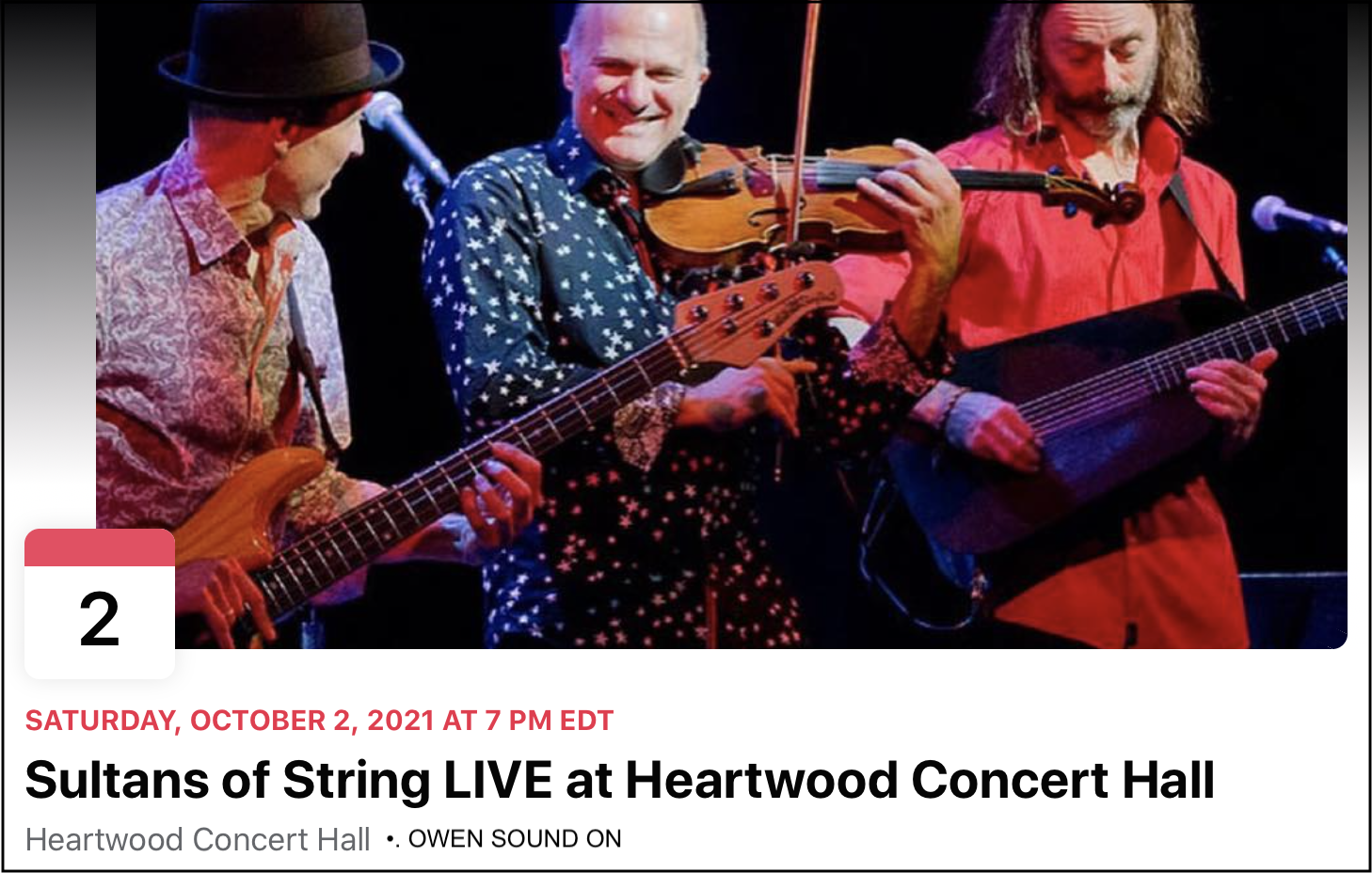 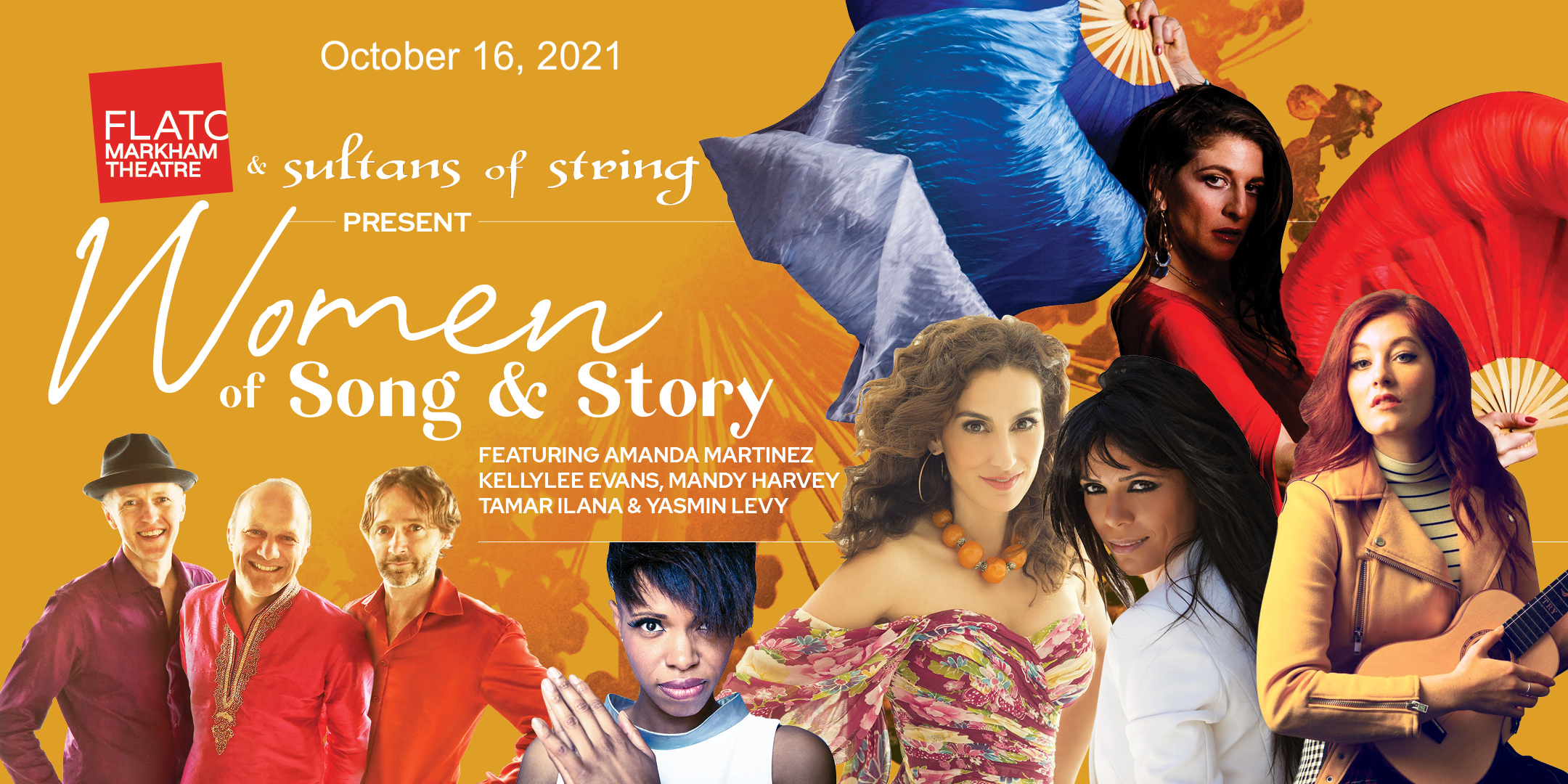 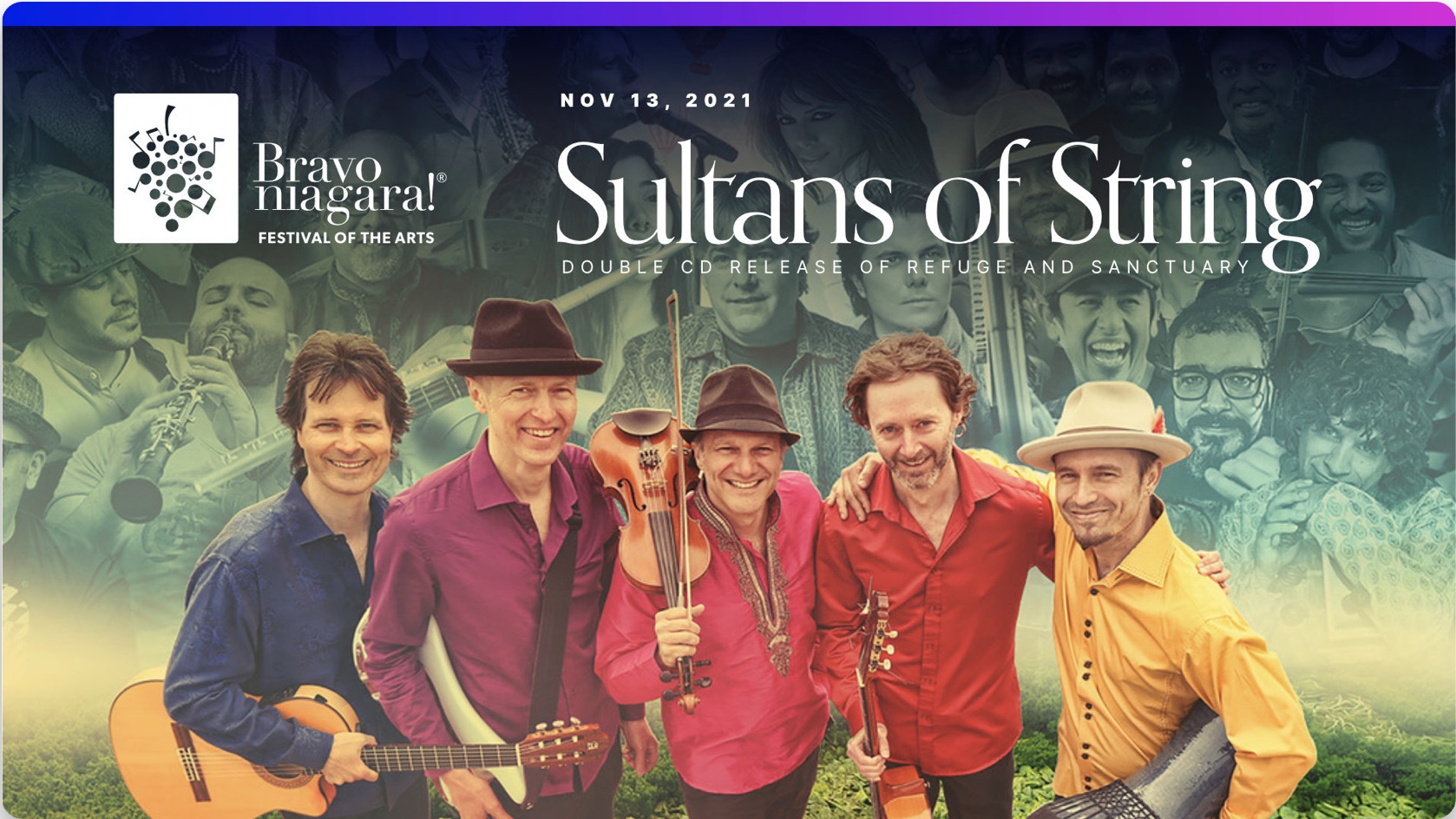