Your 2021 Christmas Playlist and Tour and Tix Giveaway!

Hey friends, We are celebrating the season by giving away a pair of tix for each of the Sultans of String shows below, to you, our loyal subscribers, whom we love so much!  Simply email me to be entered in today’s draw, and please indicate THE DATE you are interested in (Scroll down below to see list). Accepting entries till 6:00 pm EST today.

Also – we love Buffy Sainte Marie – one of our favourite artists. To celebrate her legacy and also the re-opening of Massey Hall, we are giving away a pair of tickets for her show TONIGHT in Toronto. Same deal, let me know if you are interested, by 6:00 pm EST to be entered in a draw for those/ This offer is exclusive to you, our subscribers!

AND… check out our 2021 CHRISTMAS CARAVAN YOUTUBE PLAYLIST and TOUR! 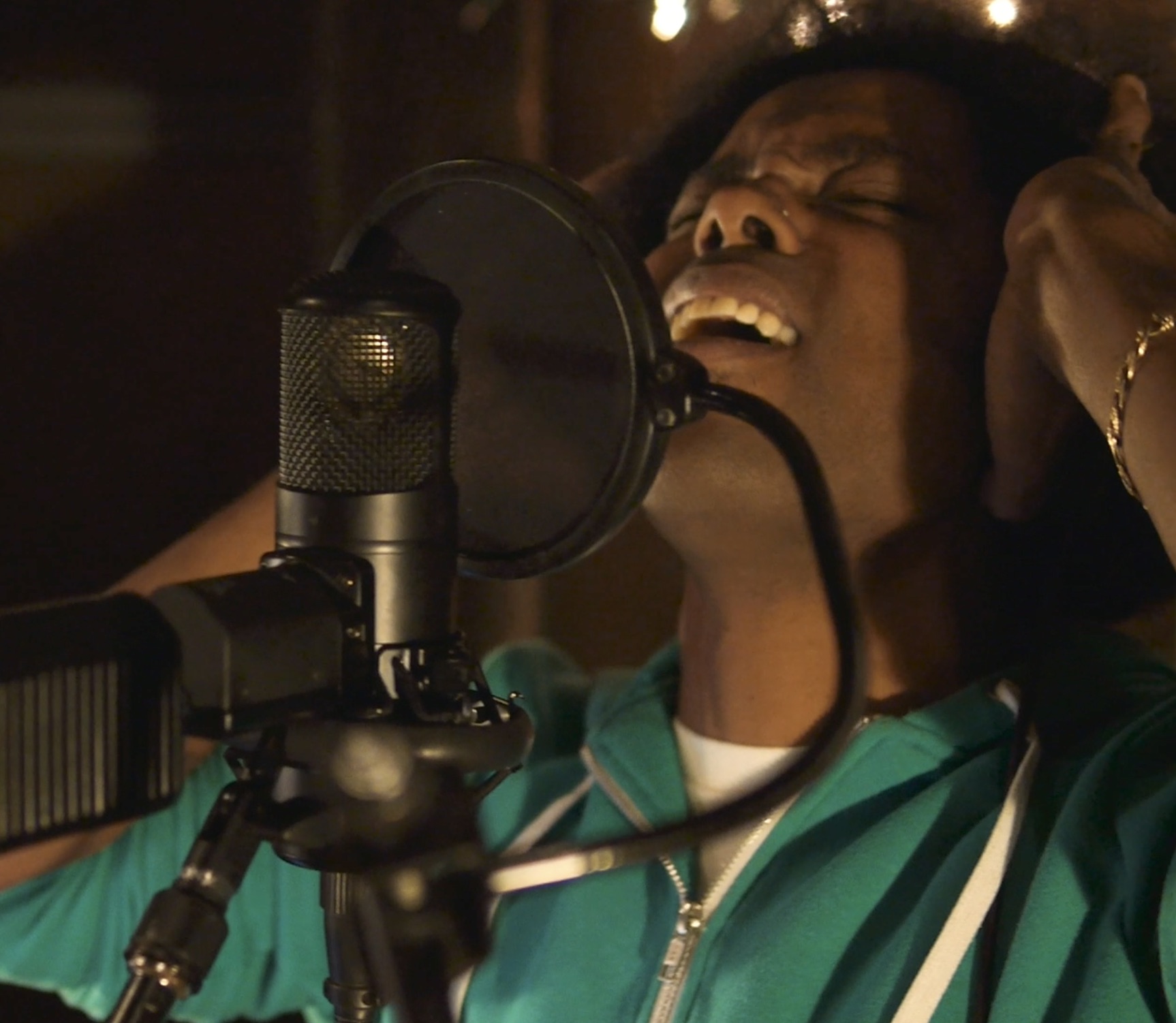 “Canadian band Sultans of String keeps imaginative imperatives in overdrive for the entirety of Christmas Caravan, a generous pitch for global unity through the music of Christmas, Kwanzaa and Hanukkah. These five musicians have jubilantly recharged the classics with arrangements that demand attention. ★★★★     – Downbeat, USA

As winter crests and the mercury falls, everyone from your taxi driver to the music supervisor at the mall starts running timeless hits like “Jingle Bells” and “Silent Night.”

But Canada’s global groove wizards Sultans of String wanted to go deeper into this beautiful tradition, and have launched their 2021 Christmas Caravan Playlist, featuring songs from their album which hit Billboard’s World Music Charts and the New York Times Hits List. Recorded and co-produced with JUNO Award winning engineer John ‘Beetle’ Bailey, Christmas Caravan isn’t your typical holiday collection. You may recognize a few titles but you’ve never experienced seasonal music quite like this before.  They celebrate the holiday spirit with an adventurous musical trip around the world, featuring exuberant originals, world-music inspired classics, and seasonal favourites to warm your heart on a cold winter’s night.

They kick it off with a fresh version of Feliz Navidad along with Alex Cuba, who was just nominated for another Grammy in the Best Latin Pop category with his new album Mendo. In addition to his four Grammy nominations (all for Best Latin Pop Album in 2011, 2016, 2018 and 2022), Cuba has been nominated for five Latin Grammy Awards, four of which he won.

From fiery fiddle tunes to a Caribbean sleigh ride, the surprising and delightful holiday Christmas Caravan fiesta heats up when Sultans of String bring their signature sound to well known gems such as The Christmas Song, Jesu, Joy of Man’s Desiring, a Turkish twist on Greensleeves, Silent Night, a Django-jazz inspired Django Christmas, not to mention a Rumba-Flamenca fuelled Jingle Bells.

Of special note is Sing for Kwanzaa, a cut featuring Richard Bona and Sudanese-Canadian Waleed Abdulhamid. Fans call Bona “The African Sting,” critics call him a pro, but it’s his unique and electrifying style of connecting with his audience that titles him what he really is—a true musician. This is the perfect song to celebrate Kwanzaa held December 26 – January 1 each year.

“An amazing worldbeat Christmas where even the tried and true is taken to such new and amazing lengths. Very hot stuff clearly made to chase the cold winter away.”
– Midwest Record, USA

And Sultans of String are also bringing the show on the road!

The Christmas Caravan tour also raises awareness of the plight of international refugees and the work of the UN Refugee Agency https://amplify.e-activist.com/14441/p2p/90279/sultansofstring .  As fundraising partners with UNHCR, the band has raised over $10,000 from their community awareness efforts and UNHCR’s ‘tip boxes’.

“Helping refugees is a cause we care about deeply because more than 67 million refugees worldwide are in desperate need of our support. They have every right to live a safe and dignified life as much as we do”, says Queens Diamond Jubilee Medal recipient McKhool. “By supporting this show and partnership with the UNHCR, you are providing life-saving assistance to refugees all over the world.”

This vision is embodied in their double CD offering, Refuge/Sanctuary, which they’re also performing at the Simcoe Theatre show! 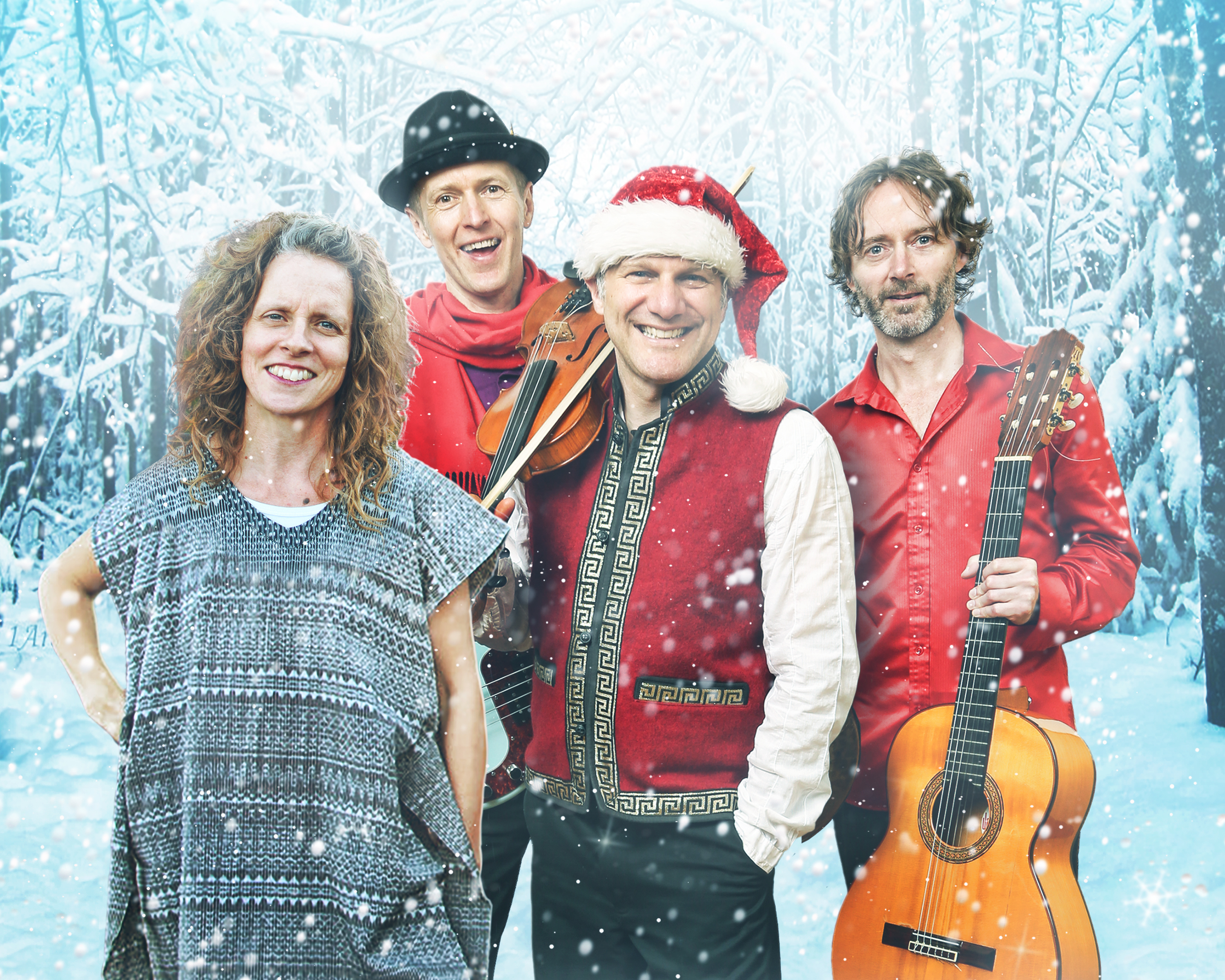 Rebecca Campbell
Rebecca Campbell is an acclaimed and prolific singer who also serves up percussion, Stella guitar, melodica, and harmonica. Bred in the Maritimes and Ottawa, educated in Montreal, and now based in Toronto, Rebecca has performed with Jane Siberry, Lynn Miles, Porkbelly Futures, Parachute Club, Royal Ottawa, Ian Tamblyn, among countless others. Her gorgeous voice has graced both the big and small screen, and on over 120 recordings.

Kellylee Evans
Known for her stunning crystalline voice that is both powerful and emotive,”Kellylee Evans is a stylistic connoisseur who has tackled everything from jazz to R&B and pop in such previous tasty classics as ‘fight or flight?’ and ‘Nina’, her Juno-winning tribute to the legendary Nina Simone. She recently released “Come On”, and comes on the heels of two nearly career-ending accidents: a freak lightning strike in her Ottawa kitchen and further effects of a concussion suffered during a fall at her home.

Lynne Hanson
Too tough for folk and too blues influenced for country. Lynne Hanson’s brand of “porch music with a little red dirt” can turn on a dime from a sunshine, blue sky ballad to a full-on thunderstorm of gritty Americana swamp from one song to the next.  Lynne is a two-time Canadian Folk Music Award winner, a recipient of the Colleen Peterson Songwriting Award, winner of the Blues and Roots Radio International Song Contest, two-time Folk Music Ontario Song From The Heart Blues Awardwinner,  a two-time Indie Acoustic Project Alt-Country album of the year winner, and a two-time Kerrville New Folk finalist.

Fethi Nadjem
Fethi Nadjem was born in 1983 in Algeria where he grew up in a family of musicians and learned Andalusian classical music  becoming accomplished on both violin and mandolin. At age of 21 became one of the founders of the acclaimed world music fusion band named Djmawi Africa, performing Andalusian classical music for 13 years across the globe. When he arrived in Toronto to begin a new life in Canada, he continued to pursue his musical career, performing with several bands and musicians. Fethi is a member of the World-Fusion style music band, Moskitto Bar and additionally performs with the Arabic-Jazz band Moneka Arabic Jazz.

Donné Roberts
Donné Roberts is a passionate performer who performs mainly in Malagasy, his mother tongue from his birthplace of Madagascar. Yet this never proves to be a barrier to the audience, providing living proof that music truly does transcend language. Donné came to wider recognition for his solo release and his contribution as one of the members of the African Guitar Summit, which won a JUNO and as a member of Okavango The African Orchestra that also won a JUNO Award.

Kristine St-Pierre
Folk-pop singer-songwriter Kristine St-Pierre, captivates audiences with her velvet voice and wide range of emotions that challenge us. In 2018, Kristine received a CFMA for “Francophone Songwriter of the Year”, and the 1st track hit the Top 10 in SiriusXM’s FrancoCountry channel. In addition to tours across Canada, Kristine has performed in Kenya, Nigeria, Congo, and most recently in Ukraine, establishing closer links between musical creation and the values of respect, inclusiveness and equality.

Saskia Tomkins
Saskia Tomkins is a British musician and actress, living since 2007 in Ontario. A stellar multi-instrumentalist, she serves up violin, viola, cello and nyckelharpa, seamlessly crossing genres, incl traditional, modern, jazz and classical music. In great demand, she has performed with the likes of The Chieftains, Jimmy Bowskill, The Chieftains, Kim Doolittle, Ken Whiteley, and a plethora of other amazing musicians, actors and dancers! Currently she performs with hubby  Steáfán Hannigan as Steáfán & Saskia, the instrumental jazz/roots duo 2ish with Brandon Scott Besharah; the Celtic crossover group Cáirdeas, and the jazz trio Marsala and the Imports.

Yukiko Tsutsui
Yukiko Tsutsui is a singer/songwriter from Akita, Japan. Her compositions are beautifully arranged and are influenced by Japanese contemporary music, traditional folk music and world music. Since immigrating to Toronto in 2016, she has been performing with various musicians at multiple venues, and was selected to perform the Japanese National Anthem at Richo Woodbine Mile broadcasted internally on TSN. Yukiko also produced/hosted her Canadian syndicated and award winning radio show, Japanese Musiquest, on the Kootenay Coop Radio, exposing listeners to Japanese music and culture.