Hello Friends!   I hope you are happy and healthy!

I am wondering how many of our folk friends on this list are members of the Recording Academy in the USA?  Please reach out and send me your FYCs this year to chris@fiddlefire.com – I am a voting member and listening to everything!

We are on the Grammy ballot with these two entries –

And if you are at FMO these weekend, come see the world premiere of our film tomorrow morning! Winner of the Cannes World Film Festival 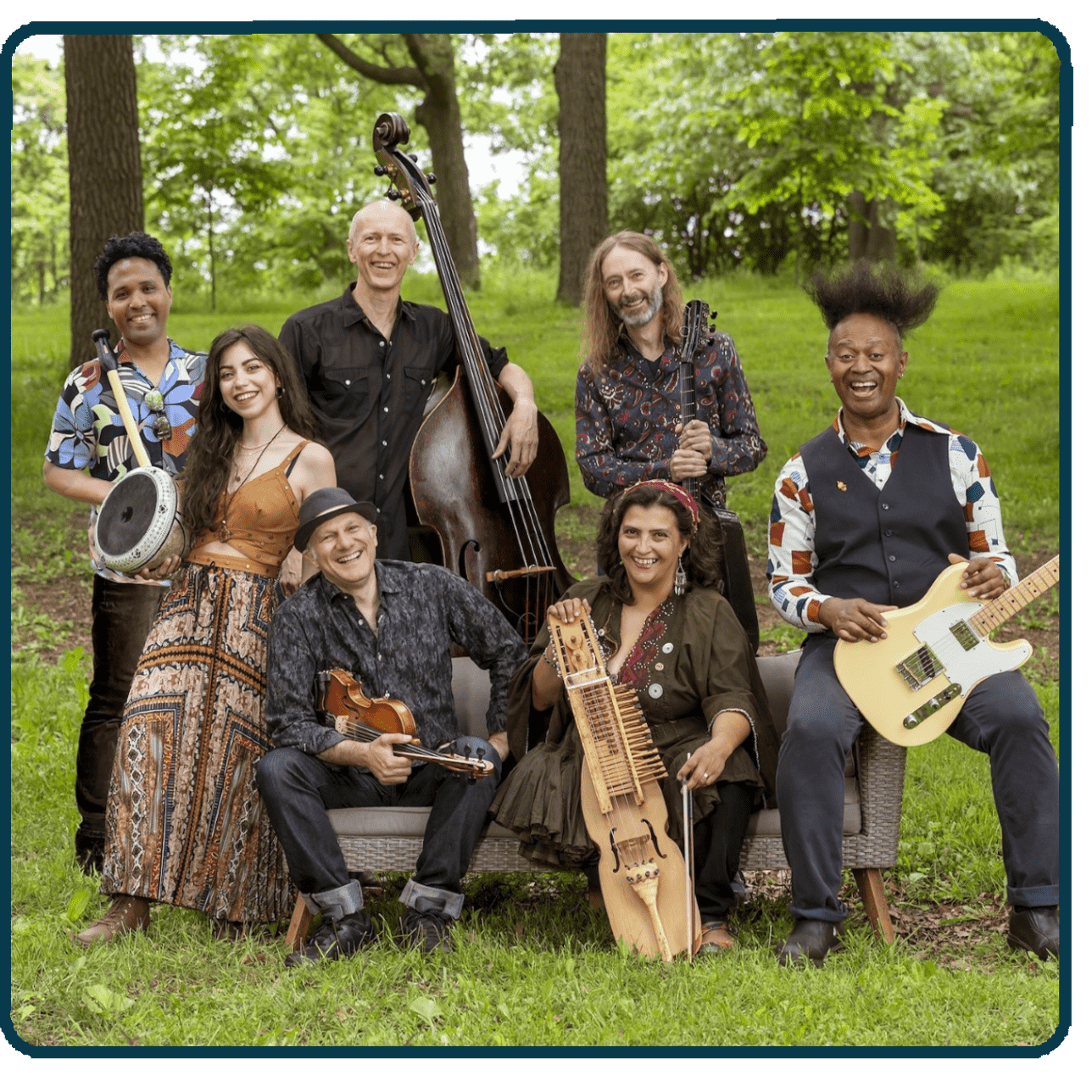 Sanctuary is the second instalment in their Refuge Project. The first, simply entitled Refuge, was heralded as “a fantastic, moving, dreamlike, epic, timely album” by Ken Micallef (Jazz Times, Stereophile, Downbeat) and won many awards including 2 Independent Music Awards for Instrumental Song of the Year and World Music Producer of the Year, and Producer of the Year at the 2021 Canadian Folk Music Awards for bandleader and violinist Chris McKhool and co-producer John Bailey. The lead track “Mi Santuario” from their follow up Sanctuary CD was part of John Bailey’s 2022 Engineering Juno Award nomination.

This ambitious, diverse, inclusive, and passionately political album puts the band face-to-face with a VIP roster of global ‘ambassadors,’ some of whom are recent immigrants and refugees to Canada, as well as important Indigenous voices.  All are masters of world music that communicate with each other through the global language of music.

Addressing the struggles of life on Mother Earth has always inspired Toronto-based Sultans of String. On Sanctuary, Sultans of String bring their unique brand of musical synergy and collaboration to bear on eleven songs that speak to the challenges facing the world’s displaced peoples—their stories, their songs, their persistence and their humanity.

Joined by an international cast, some of whom are recent immigrants and refugees to North America, the celebrated band immerses themselves in the plight of the international refugee on Refuge, and the humanitarian response that should greet everyone in search of a home.

Bandleader Chris McKhool explains, “The larger Refuge Project is centred around the positive contributions of refugees and new immigrants to Canada. We are bringing in special guests that are newcomers to this land, as well as global talents that have been ambassadors for peace.  We wish to celebrate the successes of those who make the journey here and bring their extraordinary talents with them, in this case, music.  Each one of us has a remarkable story to tell, and we are excited to share the beauty of these collaborations with you.”

“The true inspiration behind this album is the incredible artists we get to collaborate with,” says McKhool. “We learn so much from these diverse voices, and each one of them is so personally inspiring. As Ahmed Moneka, an artist and refugee from Iraq says, ‘Love is the main reason for a great future,” and we are so privileged to be able to collaborate with so many incredible voices on this project.